Why Seeing a Vein Specialist for Your Varicose Veins Actually Matters.

Currently, there are over 80 million people in the U.S. that suffer from underlying venous disease. Therefore, understanding varicose vein disease is becoming increasing important for both physicians and patients alike. As more and more people are beginning to develop an increased awareness of the possible symptoms and side effects of having the disease, one important consideration is whether your doctor is aware.

END_OF_DOCUMENT_TOKEN_TO_BE_REPLACED

4 Reasons Why Men Should Get Varicose Vein Treatment.

4 Reasons Why Men Should Get Varicose Vein Treatment.

END_OF_DOCUMENT_TOKEN_TO_BE_REPLACED

Why Have a Vein Specialist Treat your Spider Veins?

Top 3 Reasons to Get your Spider Veins Treated by a Vein Specialist.

Spider veins are fairly common, found in roughly half the U.S. population. Generally, spider veins appear as small blue and red veins seen close to the surface of the skin in the legs and ankles. While spider veins are commonly treated by many types of physicians (e.g. dermatologists, plastic surgeons, etc), there are 3 important reasons why you should consider going to a board certified vein specialist over any other practice to treat your spider veins.

END_OF_DOCUMENT_TOKEN_TO_BE_REPLACED

Why Doctor Use Ultrasound for Varicose Vein Treatment

Although the word "ultrasound" probably doesn't create an association with your legs, with today's modern treatment of varicose veins, the ultrasound has become the supporting role in proper varicose vein care.  In fact, the use of a Doppler Duplex Ultrasound has become so important that it has transitioned into the key diagnostic tool for receiving effective and efficient care in removing your varicose or spider veins.

END_OF_DOCUMENT_TOKEN_TO_BE_REPLACED

Why treating your Varicose Veins may keep you active later on in life. A Patient’s Perspective.

Many patients seek treatment for their varicose veins for a number of reasons, including their unsightly appearance, pain, swelling, or even serious health problems.  However, treating your varicose veins has other benefits besides alleviating these symptoms, like allowing you to keep active later in life.  This is a story shared by one of our patients describing just that. Our patient’s share their stories with you out of a desire to educate more people who may have potential issues with vein disease so that they may seek relief before the disease gets worse. While many patients do not prohibit sharing their names, unless otherwise requested these stories will remain anonymous.

This patient is early 70’s, male, and his name is Ted.  For many years Ted was very active in retirement and an avid tennis player.  While he noticed some bulging varicose veins on his legs, they did not seem to bother him when he was younger.  However, when seeing his physician before retirement the doctor informed Ted that as he got older he may have to see a vein specialist for his legs.  As time passed, Ted began feeling more of the symptoms commonly associated with varicose vein disease.  His legs would often swell after games requiring him to rest longer and eventually the pain became unbearable to the point where Ted could no longer participate in some of his favorite activities.  Although Ted’s original doctor has since retired, his new doctor recognized the symptoms and referred the patient to Illinois Vein Specialists.  Ted, doing some research on his own, also had a friend who had similar treatment at IVS and decided that it would be worth the time to get his legs examined. During his initial consultation at IVS Ted was informed that he had serious varicose veins as a result of venous hypertension which meant that Ted’s legs where not getting proper blood flow, particularly during physical activity such as tennis. 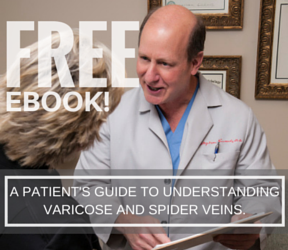 Illinois Vein Specialists opened in 2009 and has a staff of a dozen—physicians, medical technicians, ultrasound specialists, RNs, and administrative personnel, backed by state-of-the-art medical equipment and systems.